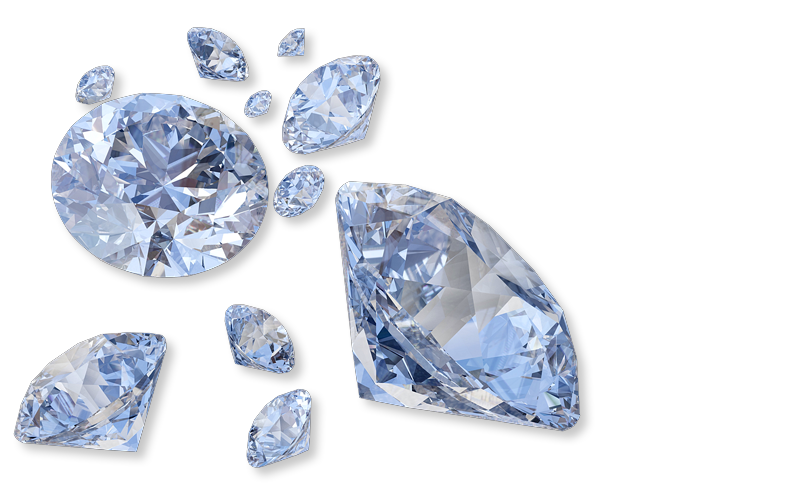 The Story of COLORed DIAMONDS

The Story of Color Diamonds Begins in 1905

Historically, natural color diamonds have always been rare. Their scarcity meant prices were extremely high, and natural color diamonds were the preserve of only the world’s elite. Scientists began to experiment with ways of color enhancing diamonds to meet this demand, initially using vegetable dyes to coat the stones. Understandably, these coatings were not permanent. The first breakthrough came when in 1905 English chemist Sir William Crookes exposed some diamonds to radiation by burying them in radium-bromide salts for an extended period of time, creating the very first permanently enhanced blue diamonds.

The problem, of course, was that these diamonds were dangerously radioactive after the process. Nevertheless, Crookes had proved that the color of a diamond could be altered, and the search was now on to find a safe means of doing so.

In 1942, J. M. Cork, a scientist at the University of Michigan, managed to safely create green diamonds using a hi-tech device known as a Cyclotron. This machine bombarded diamonds with high-speed alpha and proton particles, and although the resulting green diamonds remained radioactive for a few hours after the process, it soon dissipated, leaving permanently green color diamonds.

After the creation of these first irradiated diamonds, the development of color diamonds quickly escalated. In the early 1950’s, scientists found that heating irradiated diamonds to a high temperature in a process known as annealing would cause them to change color even further, and a multitude of new colors were created.

Beyond the Cyclotron: Electron Acceleration in 70’s to present day

During the 1970’s, the cyclotron gradually began to be replaced with the electron accelerator. This was a machine which could irradiate diamonds in a similar fashion, but without leaving residual radiation behind. This meant the process became much safer. The electron accelerator is still the most common method of altering the color of diamonds today, and is the method favoured by Lotus Colors.

More recently, the development of the HPHT process (high pressure high temperature) has meant that an even further range of colors can be reached. In the HPHT process, diamonds are exposed to extreme pressure and temperature in imitation of the conditions in the mantel of the Earth which created them. Using this process, brown diamonds can be changed to white, yellows, oranges and greens. When combining HPHT with irradiation, sometimes even pinks and purples can be achieved.

The future of Diamond Enhancement

With safe methods of diamond irradiation in place by early 1990’s (and with treatments of other gemstones more widely accepted in the industry), the manufacture of colored diamonds greatly picked up the pace, with many jewelers and designers now regularly featuring and using these diamonds. The challenge is now to create colors in diamonds efficiently and increase the public awareness about these gems.

In the meantime, the search for answers goes on. We’re yet to solve the mystery of how certain colors – like pink - really appear through enhancement, while the discovery of new colors - like red - is still to be unveiled.